Weather Forecast provides a 7-day forecast to anticipate the effects of the weather. The weather forecast is based on the longitude and latitude of the greenhouse and is therefore specific. The weather forecast is updated every hour, in order to steer greenhouse climate pro-actively. For example, when only little radiation is expected, watering can be stopped earlier in the afternoon. Or when a lot of radiation is expected during the day, the buffer tank is available for maximum CO2 production. 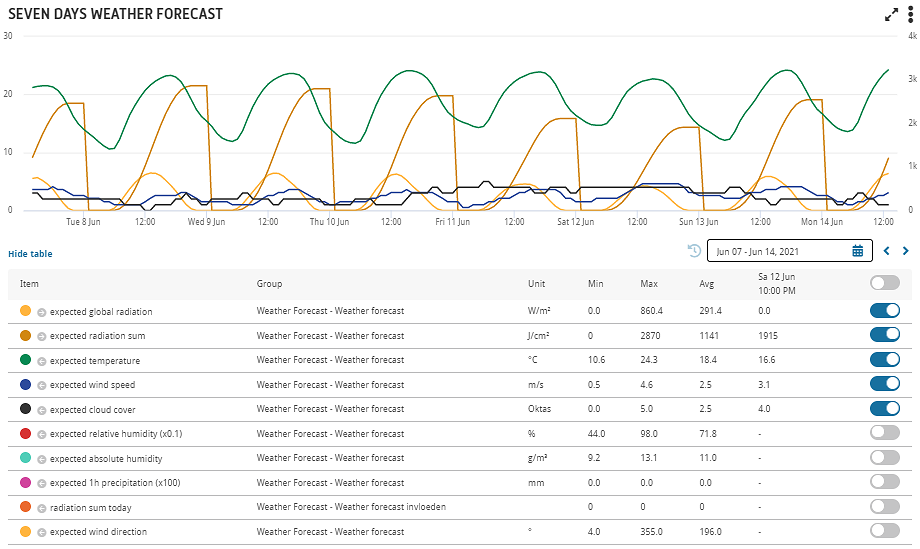 The image above shows an example of the 24-hour temperature adjustment by IIVO. In this example the expected radiation sum for the day is high. Therefore, the daily temperature should also increase based on plant physiological principles. At more than 3,000 J/cm2 the increase can be 6.5 °C. Based on the  forecast  of the day (2,367 J/cm2), an increase of 5.1 °C is desired to optimize growth.

In all these examples it is also required to change the ventilation temperatures.. In examples 2 and 3, IIVO also adjusts the night temperature on the basis of Temperature Optimization Control  (TO control) in order to achieve the set 24-hour temperature.

Radar Forecast
The rain forecast of IIVO is linked to an outdoor radar.  The Radar Forecast software generates the current precipitation forecast half an hour in advance. The computer retrieves these images every 10 minutes, but if a rain shower approaches quickly, this is automatically adjusted to every 5 minutes. In this way by using the IIVO, growers always anticipate the most current situation. This ensures that crops remain dry in all (changing) weather conditions. 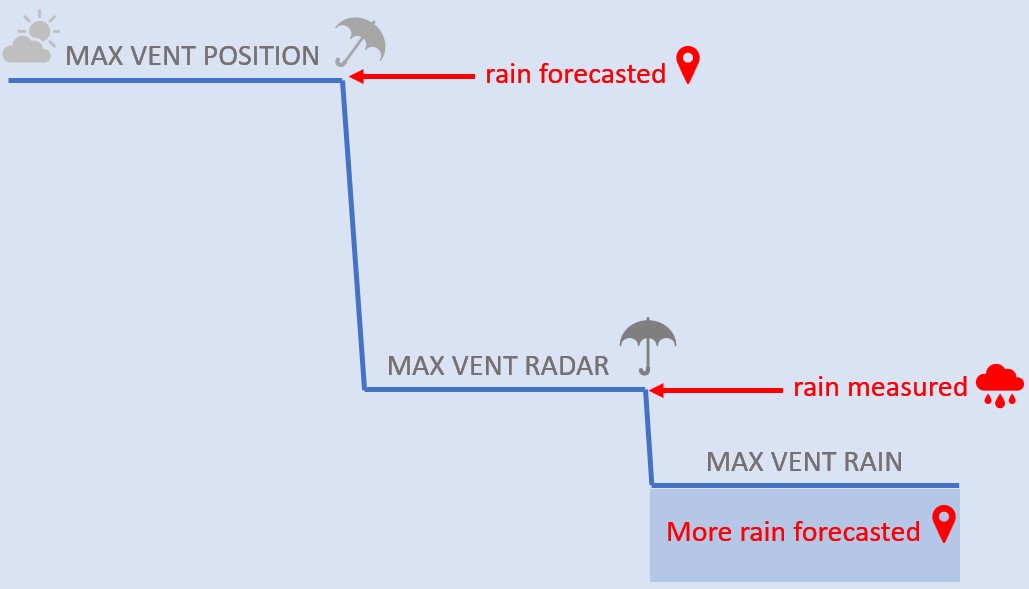 Radar Forcast will also be available in North America starting in Q3 this year. Therefore, please contact us quickly so that we can guide you to ensure that everything is operational as soon as possible.