About Techni-Gro
Techni-Gro, founded in 1993, is one of the most progressive gerbera nurseries in Canada. The greenhouse is located in Chilliwack in British Colombia, Canada. In the 1 hectare glass greenhouse more than 20 different types of gerbera amounting to 3 million flowers grown annually. A large proportion of the production is exported to the United States, including Idaho and Oregon. The rest is sold in Alberta and Manitoba. Thanks to organic pest control and advanced climate regulation, 90% of the gerberas have been grown without the need for chemical insecticides for the past six years.

Challenge
Wim Oudhuis, Greenhouse Manager relates: “The more our company grew, the more we came up against the limits of our former system. The computer we had was more suited to small greenhouses, which meant that we were less able to realize a stable greenhouse climate and to match processes to the crop. We needed a process computer with more functionality and high intelligence.”

Solution & Result
“I had always had good experiences with the Hoogendoorn systems from my country of origin, the Netherlands. So in 2013 we purchased a new process computer via the Canada office. We use the Hoogendoorn iSii process computer to regulate climate, irrigation and energy installations. For me, it’s the best system on the market. iSii uses pre-control to anticipate changes in the climate environment. Comparable systems react, causing fluctuations in temperature. Since we’re using the iSii, we’ve been able to realize a much more stable climate with higher energy savings. I’ve also seen advantages in the new software visualizations. In the blink of an eye you can see exactly what’s going on in the greenhouse. It’s a great addition to the existing functionalities.” 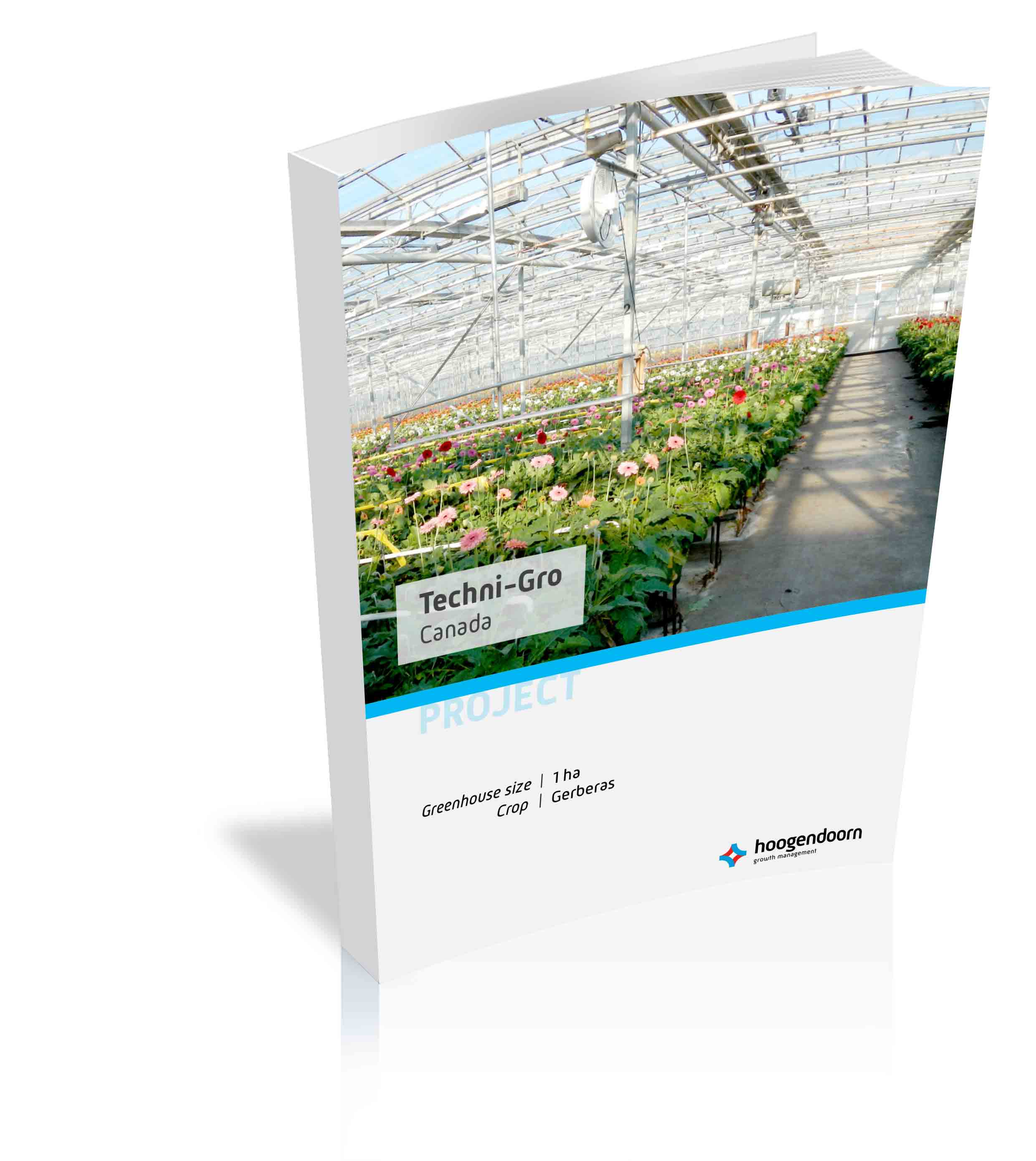